Rise Up: Confronting a Country at the Crossroads (Hardcover) 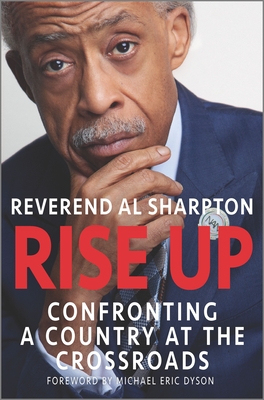 By Al Sharpton
Email or call for price
Special Order

A rousing call to action for today's turbulent political moment, drawing on lessons learned from Reverend Sharpton's unique experience as a politician, television and radio host, and civil rights leader. When the young Alfred Charles Sharpton told his mother he wanted to be a preacher, little did he know that his journey would also lead him to prominence as a politician, founder of the National Action Network, civil rights activist, and television and radio talk show host. His enduring ability and willingness to take on the political power structure makes him the preeminent voice for the modern era, a time unprecedented in its challenges. In Rise Up, Reverend Sharpton revisits the highlights of the Obama administration, the 2016 election and Trump's subsequent hold on the GOP, and draws on his decades-long experience with other key players in politics and activism, including Shirley Chisholm, Hillary Clinton, Dr. Martin Luther King Jr. and more, to shed a light on everything from race relations and gender bias to climate change and the global pandemic. Written in the wake of George Floyd's death and the police killings of other Black men and women, Sharpton delivers an unflinching assessment of the state of our country. His message is ultimately one of deep resolve and hope despite the hard truths confronting us today. A profound examination of the American soul and a clarion call to action, Rise Up offers timeless lessons for anyone who's stood at the crossroads of their personal or political life, weighing their choices of how to proceed.

WE ARE OPEN FOR BROWSING!